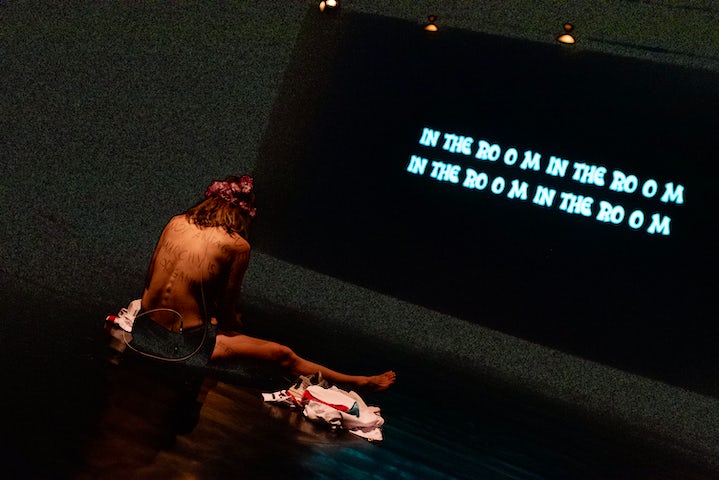 RBL emerges in these times of confinement by experimenting with movement, music, and content that ranges from rap, free association, vocal interjections, and slogans. By proposing unexpected interpretations of the rebel figure, RBL invites to generate and share the positive and creative energy that resides in disagreeing, when we grant ourself the need to question the forms of life and rules in a community, experiment with these rules and transcend them, initiating one's own underground movements, not submitting and keeping faith in the possibility of a better life.

Vilma Pitrinaite's research is part of a desire to confront certain codes and stereotypes in circulation today that the so-called commercial forms of entertainment have perfectly integrated and of which we are the daily spectators. Rather than opposing art to entertainment, she is convinced that it is necessary to use and exploit the dominant cultural codes in order to critique them. The detours through the Miss World contest, the imitation of the modes of presentation that belong to the world of television and show business, the pastiche of certain vulgar and cheap forms are precious tools... and so many symptoms of the state of our society.