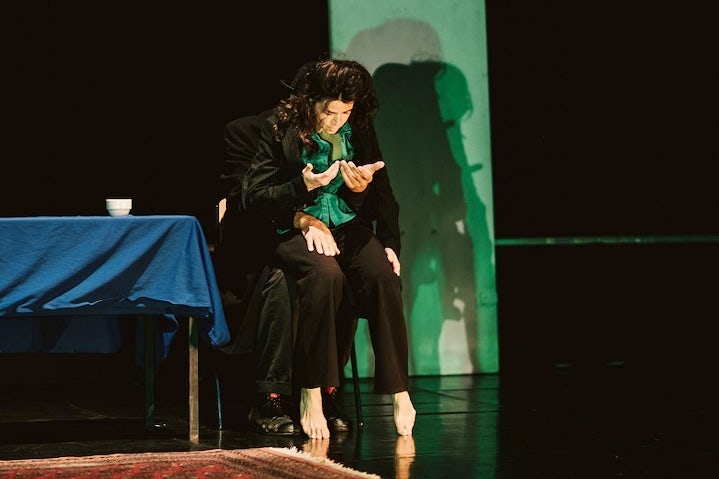 Three characters take us to a surrealist universe, inspired by silent movies, somewhere between dream and reality. They use the language of movement and gesture to construct a silent dialogue. In this universe, objects take on a life of their own: a table glides in the air, a pile of laundry comes to life, an empty coat rummages around looking for its owner, a birdcage becomes a lantern in the darkness. Nothing is ever as it seems in this encounter between three unlikely misfits.

“I am Sisyphus” is an imaginary dialogue between Pina Bausch and René Magritte as they discuss the absurdity of life.

“We have all become Sisyphuses of the modern age, condemned to an absurd existence consisting of strange and bizarre behaviour. We are playing with the beauty of absurdity. We are working from still life, distilling images and finding repetitive movements that reinforce and then contradict each other. The choice of objects is profound and meaningful and what is done with them becomes poetic and sublime.”