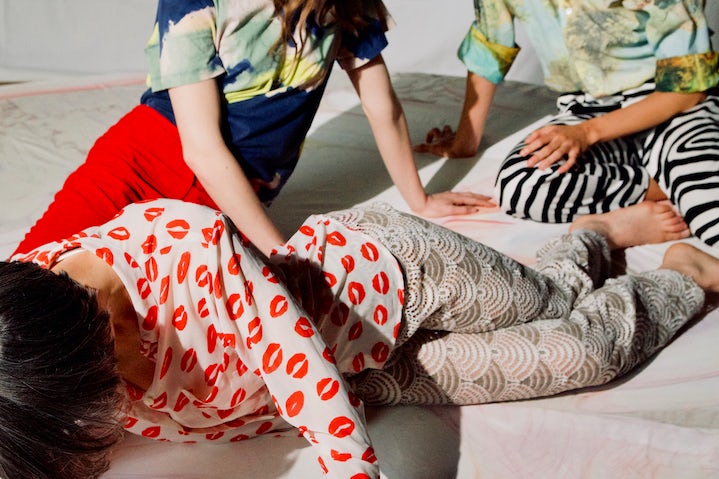 On a round, slowly turning platform, three performers barely move. Once in a while, their positions change. Softly, slightly, and easily. As if they were accompanied by a collectively felt outbreath. Creatures at rest is a choreographic project that bets on slowness to work with two questions: human hyperactivity in a collapsing ecosystem, and authenticity in a society of speed and individualism.

This piece is a durational performance of three hours. Viewers can enter and exit the space, following their own times and timings.

Alice Van der Wielen-Honinckx is a choreographer, performer and dramaturge. She studied literature at KULeuven and contemporary performance at Utrecht University. Slowness intrigues her as a tool to reach other modes of being and relating. Her own work as well as most projects she is involved with, investigate sensitive sensorial perception.

In June 2021, her chapter "Space as Atmosphere: Floating in a Molecular Bath", in which she shares her recent research on atmosphere, slowness and perception, will be published at Valiz in Slow Spatial Research: Chronicles of Radical Affection, edited by Carolyn F. Strauss.

Alice lives and works in Brussels.