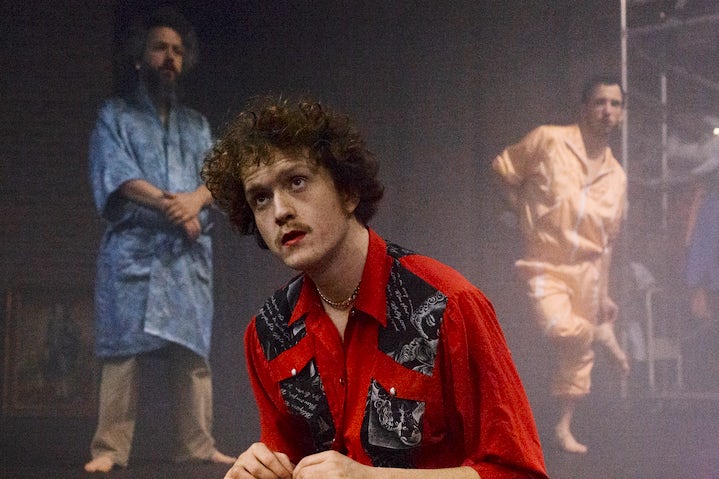 “Six boys let their doubts, anxieties, hurts and feminine sides rise to the surface… while having a good go at “playing” with clichés to better deconstruct them. (...) We reflect, we smile, we laugh, we’re moved to pity and, above all, we leave with bigger hearts and minds.” La Libre Belgique – S. Bocart

Men suffer. They have irrational fears, complexes and issues.

Having always been sent to war, they are also victims of abuse and humiliation. They are also raped.

What if that were feminism too? Giving men space to shatter the stylised icon of the powerful protector. Boys Boys Boys questions each person’s liberty to pee their pants in the face of danger, to be a girl or boy, or both at the same time.

A show where women ask men: how are you?

Suitable for audiences aged 14 and over.